Fig 1. From Rime of the Ancient Mariner, Samuel Taylor Coleridge, 1798

Samuel Coleridge’s infamous mariner paid dearly for having killed an albatross (figure 1). Do fuel quality managers and personnel responsible for fuel system integrity pay dearly for underestimating the ability of small (<1 oz; 30 mL) pools of fuel-associated-water left behind after water has been nominally purged from a fuel tank? A water bit is any small volume of water that remains in a fuel tank after dewatering (my personal, technical definition).
In Part 20, I wrote: “No water means no bugs. Is it as easy as all that?” I also explained why the short answer to the question was: “No.” For emphasis, I’ll again share figure 3 from Part 20 (figure 2, here): 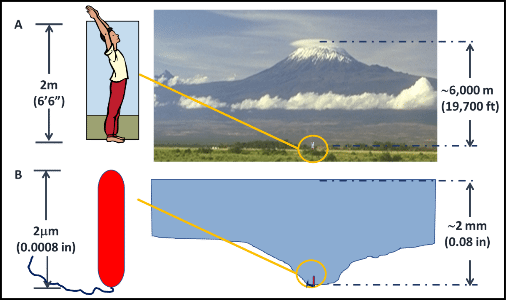 Fig 2. Scale: how 2 mm of water appears to a bacterial cell.

What can we do about these traces of water?
I confess that I am not a big fan of dispersants. When water dispersants are used routinely as fuel additives, the dispersed water can act as a corrosive agent; damaging engine components. However, when used to complete the job started by draining or vacuuming most of the free-water out of a tank, dispersants can be quite effective.
Figure 3 illustrates how dispersants work. Most dispersants are organic molecules that have a polar (charged; water-soluble) head and a non-polar (non-charged; fuel-soluble) tail. When added to fuel over water (figure 3b), they move towards anywhere where fuel contacts water (figure 3c) and trap tiny (typically <1 µm; 0.0004 in dia) fuel droplets. The fuel “sees” only the dispersant’s non-polar tails, so the droplets disperse uniformly throughout the fuel (figure 3d). The dispersed droplets (micelles) get transported with the fuel and evaporate during combustion in the engine cylinder.

Fig 3. Dispersant action: a) fuel over bottoms-water; b) dispersant added to fuel – inset shows dispersant molecule with polar head and non-polar tail; c) dispersant heads and tails align in water an fuel phases, respectively; d) dispersants form micelles with water droplet trapped in center; typical droplet size is < 1 μm dia.
The use of dispersants is controversial. Dispersant manufacturers and marketers focus on dispersant effectiveness in keeping free-water from accumulating in fuel systems. Moreover, under most circumstances, microbes are unlikely to make use of water trapped within dispersant micelles. Conversely, engine manufacturers focus on the potential for dispersed water to corrode and erode injector nozzles; particularly on modern, high-pressure, common-rail diesel engines. Interestingly, there is at least one additive manufacturer that has tried to promote water-emulsion diesel fuels – diesel with a dispersant that enables the fuel to hold as much as 25 % water. As a microbiologist, I was looking forward to investigating microbial contamination problems in systems that handled 25-75 water-in-diesel blends. But that’s another discussion.
In my next blog, I’ll focus on fuel treatment biocides. In the meantime, if you have questions or comments about today’s post, please contact me at fredp@biodeterioration-control.com.

Disclaimer:
Microbes are ubiquitous. There are extraordinarily few habitats on earth where thriving, microbial communities have not been detected. In practical terms, this means that it is unlikely that operators will ever have a completely sterile fuel system or that they will reduce their fuel system biodeterioration risk to zero. Biodeterioration can still occur in the best maintained fuel systems. However, the risk of it occurring in an inadequately maintained system is much more likely.