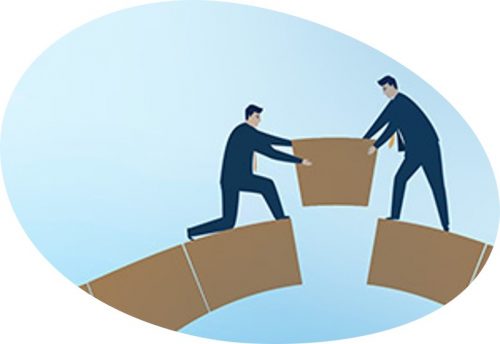 In my March 2021 article, I began a discussion of root cause analysis (RCA). In that article I reviewed the importance of defining the problem clearly, precisely, and accurately; and using brainstorming tools to identify cause and effect networks or paths. Starting with my April 2021 article I used a case study to illustrate the basic RCA process steps. That post focused on defining current knowledge and defining knowledge gaps. Last month, I covered the next two steps: closing knowledge gaps and developing a failure model. In this post I’ll complete my RCA discussion – covering model testing and what to do afterwards (Figure 1).

As I indicated at the end of May’s post , the data and other information that we collected during the RCA effort led to a hypothesis that dispenser slow-flow was caused by rust-particle accumulation on leak detector screens and that the particles detected on leak detector screens were primarily being delivered with the fuel (regular unleaded gasoline – RUL) supplied to the affected underground storage tanks (UST).

For example, refiners are responsible for ensuring that products meet specifications as they leave the refinery tank farm (Figure 2a – whatever is needed to ensue product quality inside the refinery gate is actionable by refinery operators), they have little control over what happens to product once it is delivered to the pipeline (thus practices that ensure product quality after it leaves the refinery are non-actionable).

Pipeline operators (Figure 2b) are responsible for maintaining the lines through which product is transported and ensuring that products arrive at their intended destinations in the – typically distribution terminals in the U.S. – but are limited in what they can add to the product to protect it during transport.

Terminal operators can test incoming product to ensure it meets specifications before it is directed to designated tanks. They are also responsible for maintaining their tanks so that product integrity is preserved while it is at the terminal and remains in-specification at the rack (Figure 2c). Terminal and transport truck operators have a shared responsibility that product is in-specification when it is delivered to truck tank compartments (solid zone where Figures 2c and 2d overlap).

Tanker truck operators are also responsible for ensuring that tank compartments are clean (free of water, particulates, and residual product from previous loads). Additionally, truck operators (Figure 2d) are responsible for ensuring that tanker compartments are filled with the correct product and that correct product is delivered into retail and fleet operator tanks. They do not have any other control over product quality.

Finally, retail and fleet fueling site operators are responsible for the maintenance of their site, tanks, and dispensing equipment (Figure 2e).

Regarding dispenser slow-flow issues, typically only factors inside the retail sites’ property lines are actionable (Figure 3 – copied from May’s post).

Fig 2. Limits of actionability at each stage of fuel product distribution system – a) refinery tank farm; b) pipeline; c) terminal tank farm; d) tanker truck; and e) retail or fleet fuel dispensing facility. Maroon shapes around photos reflect actionability limits at each stage of the system. Note that terminal and tanker truck operators share responsibility for ensuring that the correct, in-specification product is loaded into each tank compartment.

As illustrated in Figure 3, the actions needed to prevent leak detector strainer fouling were not actionable by retail site operators. In this instance, we were fortunate in that the company whose retail sites were affected owned and operated the terminal that was supplying fuel to those sites.

A second RCA effort was undertaken to determine whether the rust particle issue at the retail sites was caused by actionable factors at the terminal. We determined that denitrifying bacteria were attacking the amine-carboxylate chemistry used as a transportation flow improver and corrosion inhibitor. This microbial activity:

– Made the RUL gasoline slightly corrosive.

Although the rust particle load in each delivery was negligible (i.e., <0.05 %), the total amount of rust delivered added up quickly. If the rust particle load was 0.025 %, 4 kg (8.8 lb) of particles would be delivered with each 26.5 m3 (7,000 gal; 19,850 kg) fuel drop. The sites received an average of two deliveries per week (some sites received one delivery per week and others received more than one delivery per day). That translates to an average of 32 kg (70 lb) of particulates per month. Corrective action at the terminal eliminated denitrification in the RUL gasoline bulk tanks and reduced particulate loads in the RUL gasoline to <0.01 %.

Although the retail site operators could not control the quality of the RUL gasoline they received, there were several actionable measures they could adopt.

1. Supplemented automatic tank gauge readings with weekly manual testing, using tank gauge sticks and water-finding paste. At sites with UST access at both the fill and turbine ends, manual gauging was performed at both ends.

2. Use a bacon bomb, bottom sampler to collect UST bottom samples once per month. Run ASTM Method D4176 Free Water and Particulate Contamination in Distillate Fuels (Visual Inspection Procedures) to determine whether particles were accumulating on UST bottoms. As for manual gauging, at sites with UST access at both the fill and turbine ends, bottom sampling was performed at both ends.

3. Evaluate particulate load for presence of rust particles by immersing a magnetic stir bar retriever into the sample bottle and examining the particle load on the retriever’s bottom (Figure 4). 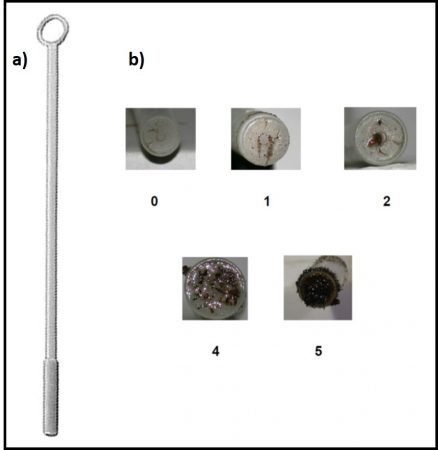 These six actions were institutionalized as standard operating procedure (SOP) at each of the region’s retail sites. Site managers received the requited supplies, training on proper performance of each test, and instruction on the required record keeping. There has been no recurrence of premature slow-flow issues at any of the retail sites originally experiencing the problem.

Although I used a particular case study to illustrate the general principles of RCA, these principles can be applied whenever adverse symptoms are observed. I have used this approach to successfully address a broad range of issues across many different chemical process industries. The keys to successful RCA include carefully defining the symptoms and taking a global, open-minded, multi-disciplinary approach to defining the cause-effect paths that might be contributing to the observed symptoms. Once a well-conceived cause-effect map has been created, the task of assessing relative contributions of individual factors becomes fairly obvious, even when the amount of actual data might be limited.

Bottom line: effective RCA addresses contributing causes rather than focusing only on measures that only address symptoms temporarily. In the fuel dispenser case study, retail site operators initially assumed that slow-flow was due to dispenser filter plugging. Moreover, they never checked to confrim that replacing dispenser filters affected flow-rates. This short-sighted approach to problem solving is remarkably common across many industries. To learn more about BCA’s approach to RCA, please contact me at fredp@biodeterioration-control.com.