What Does “Viable But Not Culturable” Mean and Why Should I Care?

In microbiology, the term used to describe microbes that appear to be healthy and active by test methods other than culturing is viable but not culturable – VNBC. Since the term first came into vogue in the 1980s, it has always reminded me of the Monty Python skit in which the customer – played by John Cleese – and the shop owner – played by Michael Palin – debate whether the parrot that Mr. Cleese had just bought was dead or simply resting, check it out at The Parrot Sketch. 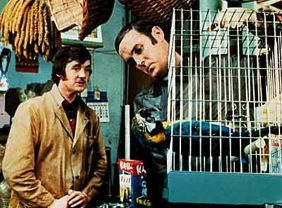 The viability versus culturability debate

The issue is relevant for two reasons. First, if a fuel or other industrial process fluid system (think heat exchange fluids, metalworking fluids, lubricating oils and hydraulic fluids) is home to a population of microbes that are biodeteriogenic (i.e., causing damage to the fluid, the system, or both) but are not detected by culture testing, the risk of experiencing a failure event can high.

Second, the term VNBC has numerous meanings – depending on researchers’ focus. The varied definitions creates confusion among both microbiologists and others who rely on microbiological test results to drive maintenance decisions.

What does viable mean?

The Online Biology Dictionary defines viable as an adjective meaning (“1) Alive; capable of living, developing, or reproducing, as in a viable cell.” ASTM is a bit more helpful offering several similar definitions. From F2739 Guide for Quantifying Cell Viability within Biomaterial Scaffolds we get: “viable cell, n – a cell capable of metabolic activity that is structurally intact with a functioning cell membrane.” D7463 and E2694 offer: “viable microbial biomass, n – metabolically active (living) microorganisms.” These slight variations all agree that viability relates to a microbe’s ability to:

What does culturable mean?

ASTM defines culturable as an adjective: “microorganisms that proliferate as indicated by the formation of colonies on solid growth media or the development of turbidity in liquid growth media under specific growth conditions.” This definition is used in several ASTM standard test methods, guides, and practices.
When microbes reproduce – i.e., proliferate – go through repeated cycles of division – on a solid or semi-solid medium, after approximately 30 generations (doubling cycles, or generations) they accumulate enough mass to form a visible colony. Thirty generations (230) yields approximately a billion cells. Liquid growth media become visibly turbid once the population density (cells mL-1) reaches approximately one million (106) cells – 20 generations. The duration of a single generation varies among microbial species and growth conditions. At present, known generation times range from 15 min for the fastest proliferating bacteria to >30 days (recent discoveries of deep earth microbes suggest that these microbes might have generation times measured in years or decades – the generation time for humans is approximately 30 years). The key point is that culturable, microbes reproduce in or on growth media under specific environmental conditions.

Before leaving our discussion of culturable lets consider time. Microbes with 15 min generation times will turn broth media turbid in 5h to 6h and form visible colonies on solid media within 8h to 10h. For microbes with a 1h generation time, detection as turbidity or colonies lengthens to 20h and 30h respectively. Many culture-based test protocols state that final observations are to be made after 3-days – sometimes 5-days. Any microbe with a generation time longer than 4h is unlikely to produce a visible colony within 5-days. They will not be detected unless observations are continued for a week or longer. For example, the culture test for sulfate reducing bacterial is not scored negative until after 30-days observation. If you end a culture test at 3-days, are all of the slower growing microbes non-culturable?

What are growth media?

Since the mid-1850s, microbiologists have developed thousands of different recipes designed to support microbial growth and proliferation (recall from an early post that growth refers to the increase in mass, and as noted above, proliferation refers to an increase in numbers). Some growth media are undefined. They are simple recipes made up of extracts from yeasts, soy, and animals. These are the components of media used for the most common culture test: the standard plate count. Other media are prepared from individual chemicals. Their recipes can include more than a dozen ingredients. Solid and semi-solid media include a gelling agent such as agar (extracted from seaweed), gelatin, or silica gel. One of the most frequently referenced microbiological media cookbooks – the Difco Manual – lists more than a thousand recipes. Each of these recipes was developed to detect one or more types of microbes. In addition to the diversity of recipe ingredients, growth media vary in pH, total nutrient concentration (some microbes cannot tolerate more than trace concentrations of nutrients), and salts concentration (ranging from deionized water to brine). The microbes targeted for recovery dictate post-inoculation incubation conditions. Some microbes require an oxygen-free (anoxic) environment. Others require special gas mixtures. Microbes also vary widely on the temperatures at which they will grow. Some only grow at temperatures close to freezing. Others require temperatures closer to boiling.

The growth medium defines the chemical environment and the incubation conditions define the physical environment in which microbes are cultured. No single growth medium is likely to support the proliferation of more than a tiny fraction of the different types of microbes present in an environmental sample. Many microbiologists estimate that <0.1 % of the microbes in a sample will be culturable in a given medium. Similarly, we suspect that for every microbe that has been cultured, there are at least a billion that haven’t.

Is my microbe really dead or simply resting? When conditions are unfavorable to either growth, proliferation or both, many different types of microbes have coping mechanisms. For nearly 200 years, we have recognized that some types of microbes can form endospores – their cell wall chemistry changes and metabolic activity ceases. Only in the past 20 years, we have come to recognize that non-spore-forming microbes can enter into a dormant state that enables them to survive unfavorable conditions for centuries or millennia – becoming metabolically active once conditions once again become favorable. Moreover, in some environments, although the microbes are metabolically active, the rate of their activity is so slow as to be nearly undetectable.

Within some fields of microbiology, VNBC refers to microbes that have been injured due to exposure to a microbicide. Pre-incubation in so-called recovery media – improves their ability to reproduce in or on growth media. In my opinion, this is a very myopic view of VNBC.

Microbial ecologists define VNBC as microbes that are metabolically active or dormant in their home environments but will not growth on the culture media and incubation conditions used to detect them.

I first experienced this phenomenon in the 1970s when I was testing water from oilfield production wells. Using radioactive carbon labelled nutrients to measure metabolic activity, my team routinely found that samples that yielded <1 CFU mL-1 (CFU – colony forming unit: “a viable microorganism or aggregate of viable microorganisms, which proliferate(s) in a culture medium to produce a viable colony.” ASTM E2896) held very active populations. Poisoned controls demonstrated that conversion from radiolabeled acetic acid or glucose to radiolabeled carbon dioxide was from metabolic activity – not from a non-biological (abiotic) process.

This means that culture testing invariably underestimates the microbial population density in tested samples. Conversely, because microbes that were dormant in the environment from which they were sampled can become active once transferred into or onto nutrient media, culture testing can overestimate the presence of metabolically cells. For example, most microbes suspended in fuels or lubricants are dormant, but can become active and form colonies on growth media. These issues do not make culture testing good or bad. Culture testing is still the only practical tool for obtaining microbial isolates that can be used for further testing. Moreover, culture testing is a useful condition monitoring tool if you are tracking changes over time. The more important limitation of culture testing as a condition monitoring tool is the delay between test initiation and the availability of test results. In the days or weeks it takes for microbes to form colonies on growth media, they are also continuing to proliferate in the system from which the sample was collected. This is where real-time (10 min) tests such as ASTM D4012, D7687, and E2694 have a major advantage over culture testing.

For more information on the most strategic use of culture or non-culture microbiology test methods, I invite you to contact me at fredp@biodeterioration-control.com.