BIODETERIORATION ROOT CAUSE ANALYSIS – PART 2: IDENTIFYING THE KNOWN KNOWNS AND THE KNOWN UNKNOWNS 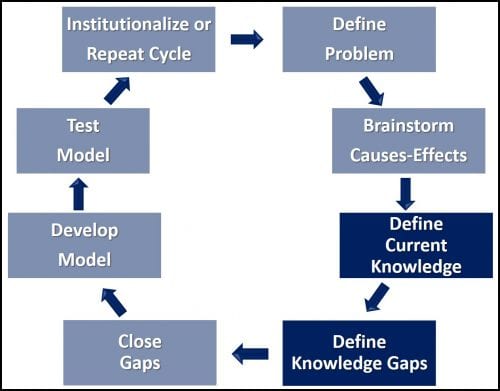 One of the most common misidentifications of a problem comes from the fuel retail and fleet operation sector. The actual symptom, slow flow, it typically misdiagnosed as filter pugging. As I wrote in March’s article: failure to define a problem properly can result in wasted time, energy, resources, and ineffective RCA.

This month I’ll use a fuel dispenser, slow-flow case study to illustrate the next two steps: defining current knowledge and defining knowledge gaps. First, let’s define the problem. At U.S. retail sites (forecourts), the maximum fuel dispenser flowrate is 10 gpm (38 L min-1) and normal flow is ≥7 gpm (≥26 L min-1). In our case study, customers complained about dispenser flow rates being terribly slow. The site manager assuming that the reduced flowrate was caused by filter plugging (Figure 2a) reported “filter plugging, rather than reduced flow (slow-flow). He called the service company. The service company sent out a technician and the technician replaced the filter on the dispenser with the reported slow-flow issue.

Before going any further, I’ll note that the technician did not test the dispenser’s flowrate before or after changing the filter. Nor did he test the other 12 dispensers’ flowrates. He did not record the totalizer reading (a totalizer is a device that indicates the total number of gallons that have been dispensed through the dispenser). He did not mark the installation date or initial totalizer reading on the new filter’s cannister. As a result, he missed an opportunity to capture several bits of important information I’ll come back to later in this article. A week later, customers were again complaining about reduced flow from the dispenser. This cycle of reporting slow flow, replacing the filter, then repeating the cycle on a nearly weekly basis continued for several months. A similar cycle occurred at two other dispensers at this facility and a several other forecourts in the area. That’s when I was invited to help determine why the company was using so many dispenser filters. By the way, the total cost to have a service representative change a filter was $130, of which $5 was for the filter and $125 was for the service call.

My first action, after listening to my client’s narrative about the problem, was to suggest that they reframe the issue (i.e., presenting symptom). Instead of defining the problem as filter plugging, I suggested that we define it as slow-flow (Figure 2b). At the corporate level, normal flow ≥ 7 gpm (26 L min-1). Testing a problem dispenser, we observed 4 gpm (17 L min-1). At this point my client’s team members were still certain that the slow-flow was caused by filter plugging, caused by microbial contamination. 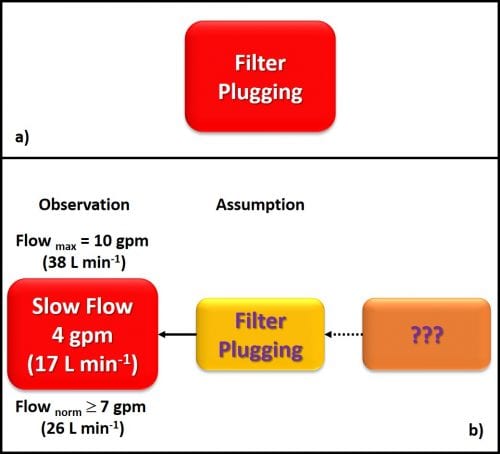 Once everyone recognized that the issue was slow-flow, they were willing to brainstorm to consider all of the possible causes of slow-flow. Within a few minutes, we had develop a list of six possible factors (causes) that could individually, or in combination have caused slow-flow (Figure 3). As the brainstorming process continued, we mapped out a total of six tiers of factors that could have contributed to dispenser flowrate reduction (Figures 4 and 5). During the actual project, individual cause-effect maps were created for each of the tier 2 causes (Corrosion, etc. in Figure 4) and each of the tier 3 causes (Microbes (MIC), etc. in Figure 4), and the mapping extended to a total of nine cause tiers. Note how the map provided a visual tool for considering likely paths that could have been leading to the slow-flow issue. 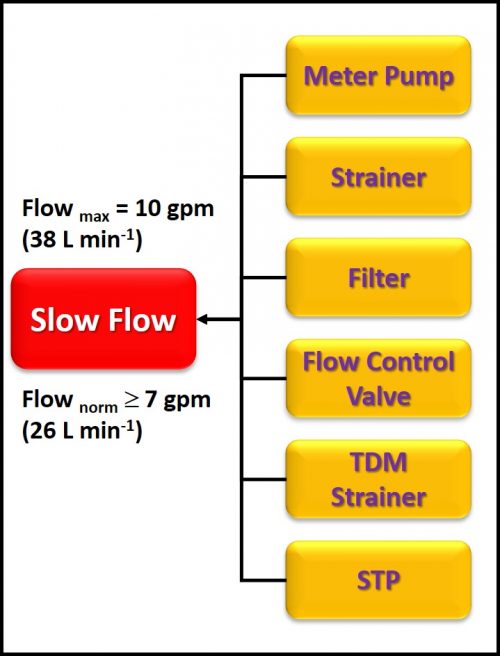 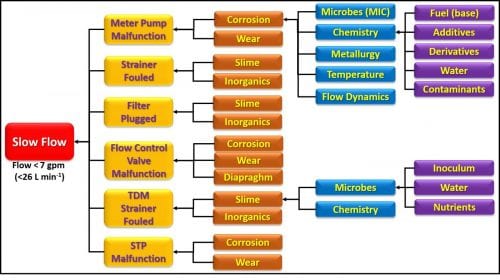 Once the team had completed the brainstorming effort, we were ready to move to the next step of the RCA process. 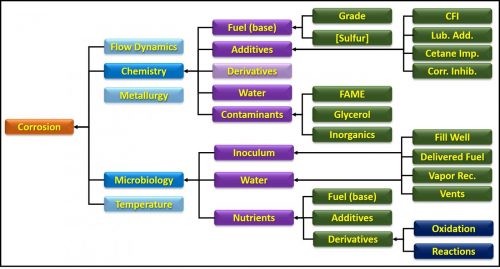 Simply put, during this step, information from product technical data and specification sheets, maintenance data, and condition monitoring records is captured to identify everything that is known about each of the factors on the cause effect map. In our case study, key information was added to the cause-effect map by each factor (Figure 6). For most of the tier 1 factors, we were able to identify component model numbers. The most information was available for the dispenser filters. The product technical data sheets indicated that filters were 10 μm nominal pore size (NPS), were designed to filter approximately 1 million gal (3.8 million L) of nominally clean fuel before the pressure differential (ΔP) across the filter reached 20 psig (139 kPa). 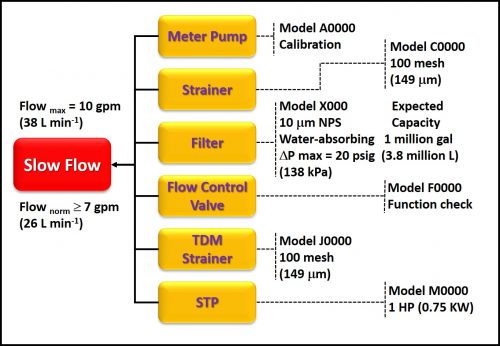 Determining current knowledge provides the basis for the next step.

Determining the additional information needed to support informed assessments of the likelihood of any individual factor or combination of factors is contributing to the ultimate effect is typically a humbling experience because much of the desired information does not exist. Figure 7 is a copy of figure 4, with question marks alongside the factors for which there was insufficient information. The dispenser metering pumps had been calibrated recently and were known to be functioning properly. Consequently, Meter Pump Malfunction and its possible causes can be deleted from the map. However, there were no data for the condition or performance of the other five tier 1 causes. 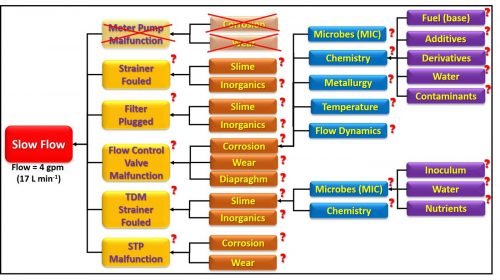 Fig 7. Slow-flow cause-effect map indicating factors for which relevant information is missing (as indicated by “?” to left of factor).

As figure 7 illustrates, at this point we had minimal information about most of the possible causative factors. We discovered a long list of knowledge gaps. Here are a few examples:

Obtaining information about these tier 1 factors was critical to the success of the RCA effort. That will be our next step. In my next article I’ll discuss strategies for closing the knowledge gaps and preparing a failure process model.