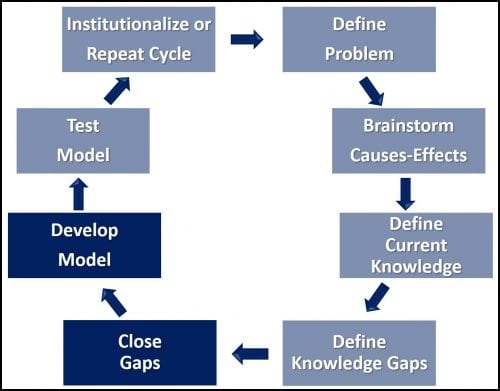 In my March and April articles I explained he first four steps of the RCA process. This month I’ll write about the next two steps: closing the knowledge gaps and developing a model. I’ll continue to use the fuel dispenser, slow-flow case study to illustrate the RCA process.

As I discussed in April, Step 4 was defining knowledge gaps. There is a story about Michelangelo having been asked how he created his magnificent statue of David. Michelangelo is reported to have replied that it was simply a matter of chipping away the stone that wasn’t David (Figure 2). Similarly, once we have identified what we want to know about the elements of the cause-effect map and have determined what we currently know, what remains are the knowledge gaps. 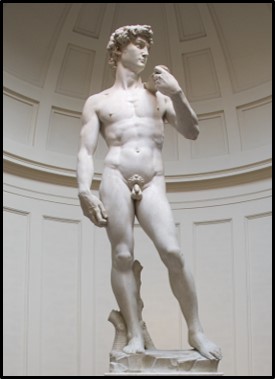 When the cause-effect map is complex, and little information is available about numerous potential contributing factors, the prospect of filling knowledge gaps can be daunting. To overcome this feeling of being overwhelmed by the number of things we do not know, consider the meme: “How do you eat an elephant? One bite at a time.” Figure 3 (April’s Figure 7) shows that except for the information we have about metering pump’s operation, we have no operational data or visual inspection information about the other most likely factors that could have been contributing to slow-flow. The number of unknowns for even this relatively simple cause-effect map is considerable. Attempting to fill all of the data gaps before proceeding to Step 6 can be time consuming, labor intensive, and cost prohibitive. The alternative is to prioritize the information gathering process and then start with efforts that are likely to provide the most relevant information at least cost in the shortest period of time.

Regarding the dispenser slow-flow issue, the first step was to review the remaining first tier causes. Based on the ease, speed, and cost criteria I mentioned in the preceding paragraph we created a plan to consider the causes in the following order (Figure 4): 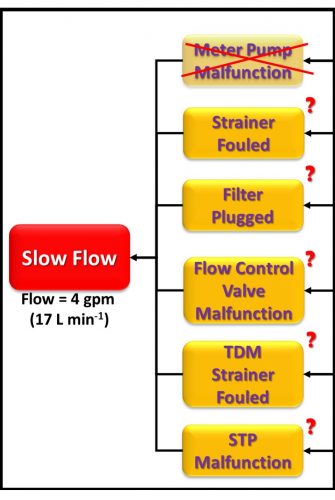 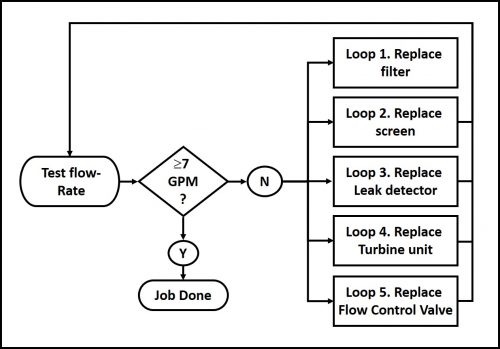 The plan was to cycle through the Figure 4 action steps until an action restored dispenser flow-rates to normal. As it turned out, the leak detector screen had become blocked by rust particles (Figure 5). Replacing it restored flow-rates to 10 gpm (38 L min-1). 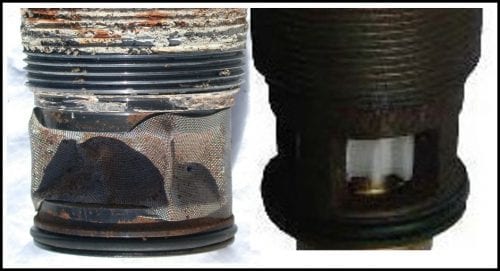 As illustrated in Figure 6, once we determined that slow-flow had been caused by rust particles having been trapped in the leak detector’s screen, were able to redraw the cause-effect diagram, and consider the factors that might have contributed to the scree’s failure. Direct observation indicated that the screen was slime-free. Passing a magnetic stir-bar retriever over the particles demonstrated that they were magnetic – corrosion residue. When the STP risers were pulled, the risers (pipe that runs from STP to turbine distribution manifold) were inspected for corrosion. We acknowledged that substantial corrosion could be present on the risers’ internal surfaces when there is no indication of exterior corrosion but determined that it would be more cost effective to collect samples from the terminal before performing destructive testing on STP risers. The underground storage tanks were made from fiber reinforced polymer (FRP). This decreased the probability of in-tank corrosion being a significant contributing factor. 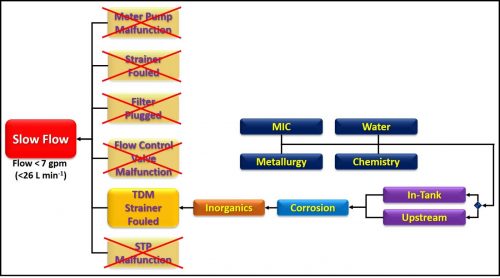 Fig 6. – Revised cause-effect map based on determination that rust particle accumulation had restricted flow through the turbine distribution manifold.

The UST bottom-sample shown in Figure 7 was typical of turbine-end samples. The bottoms-water fraction was opaque, black, and loaded with magnetic (rust) particles. This observation supported the theory that the primary source of corrosion particles that had been trapped by the leak detector’s screen had been delivered (upstream) fuel. 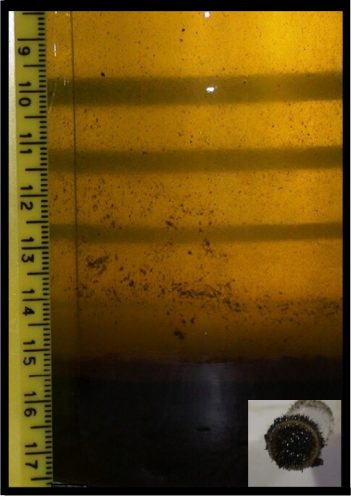 Fig 7. UST bottom sample showing the presence of bottoms-water containing a heavy suspended solids load. Inset shows a magnetic stir bar retriever that had been dipped into the sample. It is coated with rust particles.

At this point in the root cause analysis process, we had closed the relevant knowledge gaps related to on-site component performance. This enabled us to propose a failure mechanism model.

The model that we developed, based on the observations made during the Step 6 effort, indicated that reduced flow-rates at retail dispensers were caused by rust particle accumulation on leak detector screens, and that the primary source of those particles was the delivered fuel (upstream – Figure 8). Similar observations at multiple retail sites that were supplied from the same terminal supported this hypothesis. Moreover, only 87 octane (regular unleaded gasoline – RUL) was affected. Mid-grade, premium, and diesel flow-rates at all sites were normal. Note the dashed line in Figure 8. Although there were steps retail site operators could take to reduce the impact, they had no control over causes and effects upstream of their properties.

To test this model our next step was to conduct a microbial audit of the RUL bulk storage tanks at the terminal. That is Step 7, the subject of Biodeterioration Root Cause Analysis – Part 4.